Posted on Saturday, 17 October, 2020 by Euroyankee

Berniecrats who still support Bernie should do everything they can to oppose Biden. 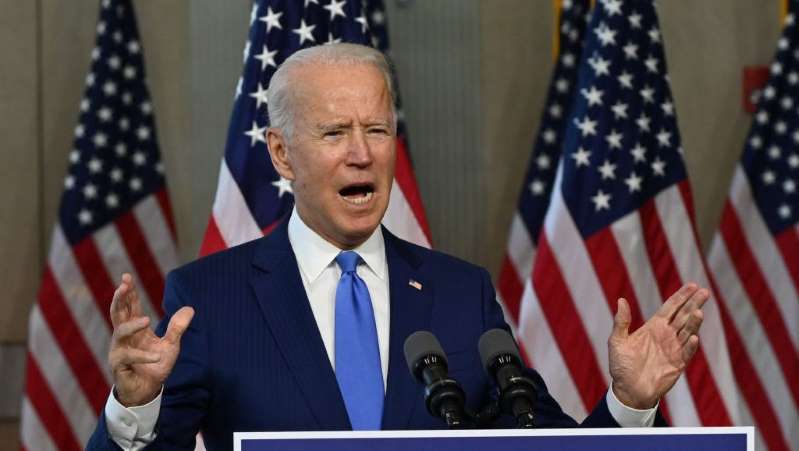 In the aftermath of the 2016 election, when the centrist Democrat Hillary Clinton had failed to beat Trump, the Democratic Establishment famously refused to do a post mortem to find out WHY they lost. Officially, their theory of the case was that the Russians had helped Trump win, and that the Trump base that elected him were an irredeemable group of racists and white supremacists anyway.

But in the backrooms and quiet hallways of power in DC, the Democrats knew differently. They knew that their failure to attract Bernie supporters may have cost them the election.

That is why they reacted to the loss by making Bernie part of the “Senate Democratic Leadership.” On November 16, just days after the massive electoral loss, Bernie Sanders was named “chairman of outreach” during a closed-door Senate Democratic caucus meeting.

Sen. Debbie Stabenow (D-Mich.) said Sanders was brought into the leadership to better represent the different factions of the Democratic caucus in decision-making.
“We want to expand on that, and he will be reaching out to all our allies,” she told reporters.

This was an obvious but very logical move to signal to Bernie’s base that they still had a place in the Democratic Party.

But things are different in 2020. Four years ago, Hillary was very accommodating to both Bernie and his supporters. She actively tried to “woo” Bernie’s base, and she even campaigned with Bernie. The two appeared many times together at events to demonstrate their cooperation and push for party unity.

But there is nothing like that happening this year. In fact, just the opposite is happening. Joe Biden is running away from Bernie every chance he gets. He trashes Bernie in interviews and debates, saying “I beat the socialist”.

Biden repeatedly falls for the baiting tactic of the GOP, strongly denouncing Bernie and AOC and asserting that they have no influence in the Democratic Party.

Indeed, Biden sounded almost like Trump when he dismissed Bernie for the umpteenth time, saying “I am the Democratic Party.” And of course he follows that up with a steady refrain of “I am not a socialist.”

The Democrats and the Biden campaign have made a very conscious decision to place their electoral bets on winning over moderate Republicans and conservative Democrats and Independents. At the same time, they have made a determined effort to reject those on the Left, young people and blue collar workers – in short, the Bernie base.

If Biden wins with this strategy, the Democrats will crow that they won by attracting Republicans to their cause. They will claim that the American people believed Biden when he said the Democrats rejected Bernie and AOC. They will say that their winning message was that the Party would follow Biden’s lifetime example of conservatism and corporate-friendly policies.

Many people have observed that if the Democrats win the Senate this year, Bernie Sanders will be head of the Senate Budget Committee. He is, after all, the “ranking member” of that committee currently, so this would seem to make sense.

In fact, Republicans have campaigned on this very possibility. Lindsay Graham told a group of donors to dig deep, because “If the Senate flips to Democrats, Bernie Sanders is the budget committee chairman.”

But THINK ABOUT IT. If Biden gets elected by saying that Bernie does not represent the party, if he thinks that he needs to sideline Bernie in order to maintain his support on the Right, will he allow Bernie to ascend to such a powerful and high profile position?

Do you REALLY think Joe Biden and Chuck Schumer and the rest of the Democratic Leadership will let the world’s number one proponent of Medicare For All take over that chair?

Remember, Bernie is not a Democrat. He is not an official member of the Democratic Caucus, and he does not have any official seniority, power or influence in that caucus. Everything that Bernie has, he has solely due to the good graces of Chuck Schumer and the rest of the Democratic Leadership.

And if Biden assumes power, the Democrats in the Congress will follow his lead. That is how DC works. Biden’s White House staff will reflect the same neoliberal conservatism that Biden does. They will pressure the Congressional leaders NOT to allow Leftists like Bernie and AOC to occupy any sort of prominent or powerful position, lest the conservatives and the NeverTrump Republicans point and shriek in horror, screaming that they have been tricked and betrayed by Biden the “trojan horse” for socialism.

The best thing that true Bernie supporters can hope for is that the Democrats win the Senate but lose the White House. If that happens we can expect that Bernie’s star will rise as it did following the 2016 debacle.

If, however, Biden wins with an openly anti-Bernie campaign, you can rest assured that Bernie will not be seen or heard from at all in the Senate for the next 4 years.