Posted on Wednesday, 3 June, 2020 by Euroyankee 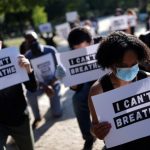 Even as the overall standing, reputation and favorability of the USA has been shrinking for years, the American people still have the love and support – and even sympathy – of people the world over.

As spontaneous demonstrations of solidarity sprung up across Europe and the world, I have watched on with mixed emotions. On one hand, it is heartwarming to see such unbridled support demonstrated in the global capitals – especially in this time of the Coronavirus pandemic.

On the other hand, it saddens me because I am old enough to remember the last times such demonstrations were held: first it was to protest the Apartheid regime in South Africa for their despicable treatment of black South Africans as second class citizens, who were forced to live in poverty and squalor, under constant brutality from the State and with practically no rights.

The other time it was to show solidarity and support for the Palestinians in Gaza, who were being killed mercilessly by the Israelis, and to the Palestinian people in general, who are forced every day to undergo the same brutalities and deprivations that the black South Africans were forced to endure under Apartheid.

And, just as activists and progressives – and let;s just say right-thinking people with a sense of humanity – have come together to support the blacks South Africans and the Palestinians, they are coming together now to support the American underclass whom they see every day being shot, beaten, evicted, impoverished, immiserated, denigrated, humiliated and crushed.

To suggest that these protests are cause by “outside agitators” or even worse, “the Russians” is simply ludicrous. There is something happening in America, and the world sees the US for the racist and violent society it is.

Apparently, it is only the US elites in government and the Media who refuse to see.

In Berlin: thousands gathered in front of the Brandenburg Gate and then literally surrounded the US Embassy.

Thousands now chanting “black lives matter” in front of the US Embassy in Berlin #GeorgeFloyd pic.twitter.com/Jh65RKhTLo 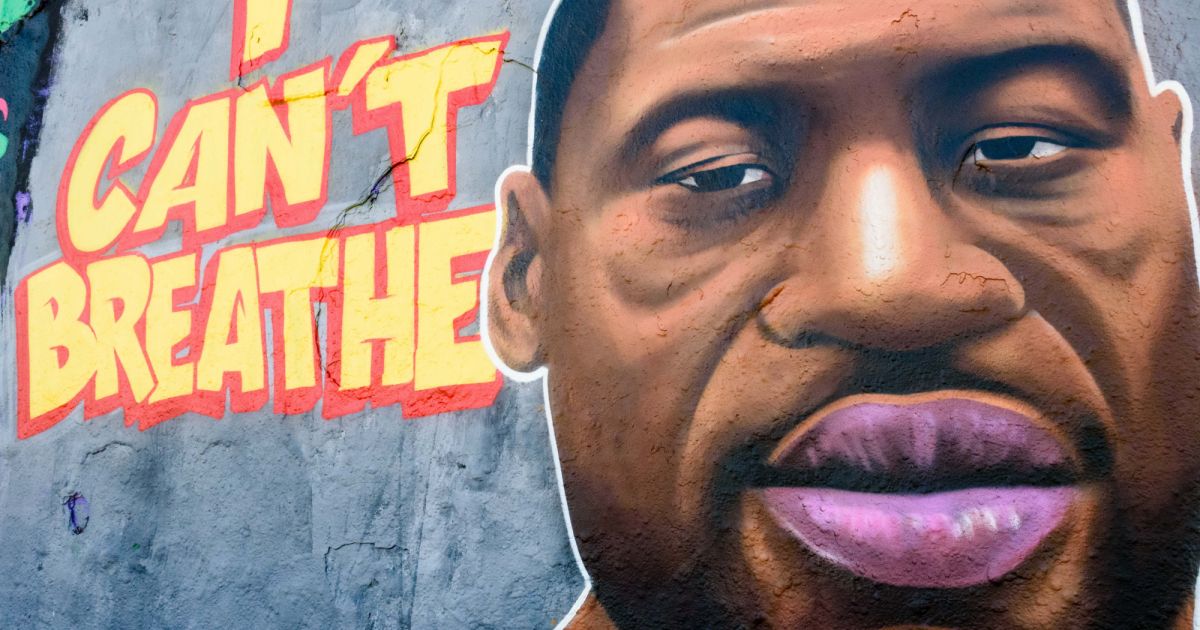 “I can’t breathe” – mural of George Floyd in Berlin, Germany 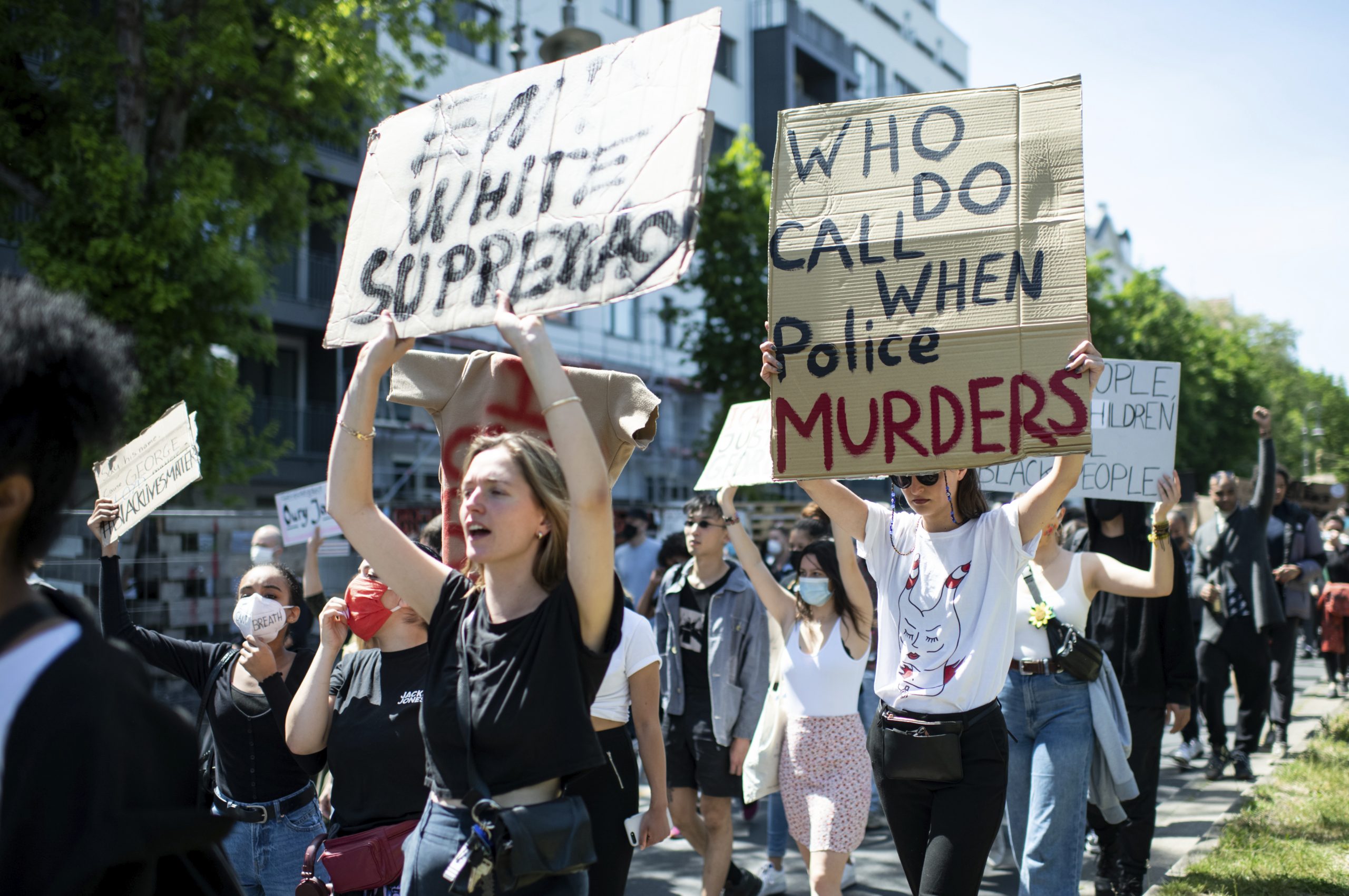 People protest in Berlin, Germany, Sunday, May 31, 2020 after the violent death of the African-American George Floyd by a white policeman in the USA against racism and police violence, among other things with a sign “Who do call when police murders” (Bernd von Jutrczenka/dpa via AP)

In Brussels people protested and tagged a train, an image which has since gone viral. 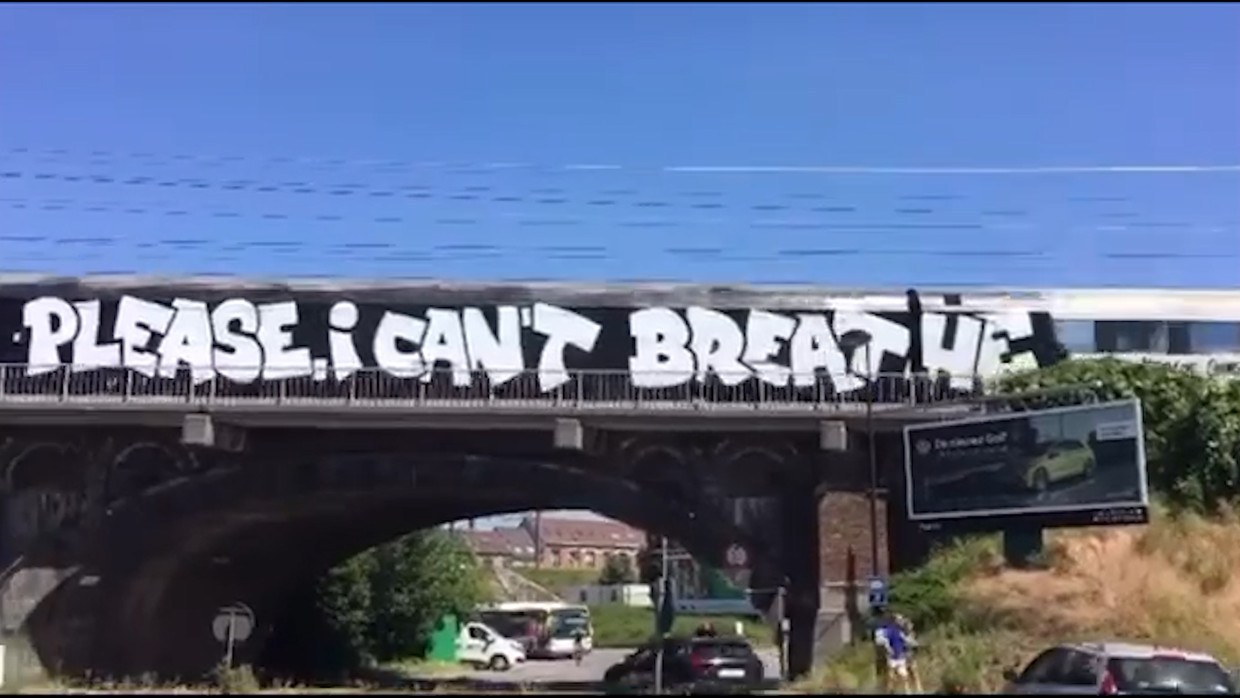 Images of a Belgian SNCB train with a message referring to George Floyd, a black man who died after a white police officer put his knee on his neck for minutes in the United States, are going viral. Credit: Facebook/Ghentizm

In London, thousands broke the Lockdown to gather in Trafalgar Square and to march on the US Embassy. Large protests were also held in Manchester and Cardiff, Wales and Edinburgh, Scotland.

Demonstrators block a road outside the U.S. Embassy in London on May 31 to protest the death of George Floyd, an unarmed black man who died after a police officer knelt on his neck for nearly nine minutes during an arrest in Minneapolis.
AFP via Getty Images

In Paris, protesters staged a silent vigil in front of the US Embassy, where they “took a knee” to show solidarity with the BLM movement. 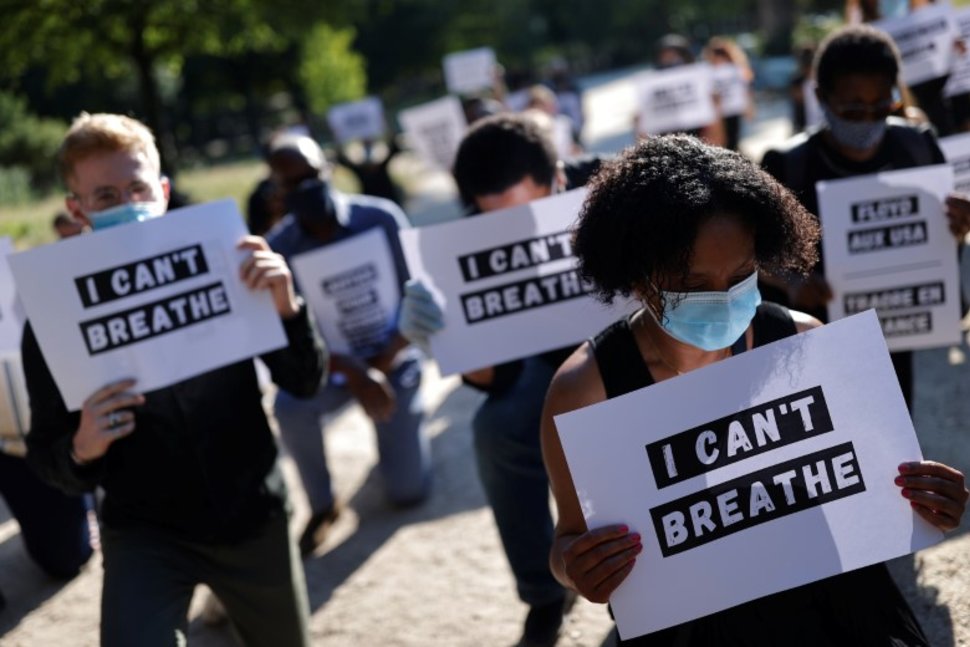 People protest against the death in Minneapolis police custody of George Floyd, next to the U.S. embassy in Paris, France, June 1, 2020. REUTERS/Christian Hartmann/Reuters

In Paris there was then a HUGE rally that combined causes with a local black man who had been shot.

In Copenhagen: thousands again gathered outside the US Embassy there to protest. 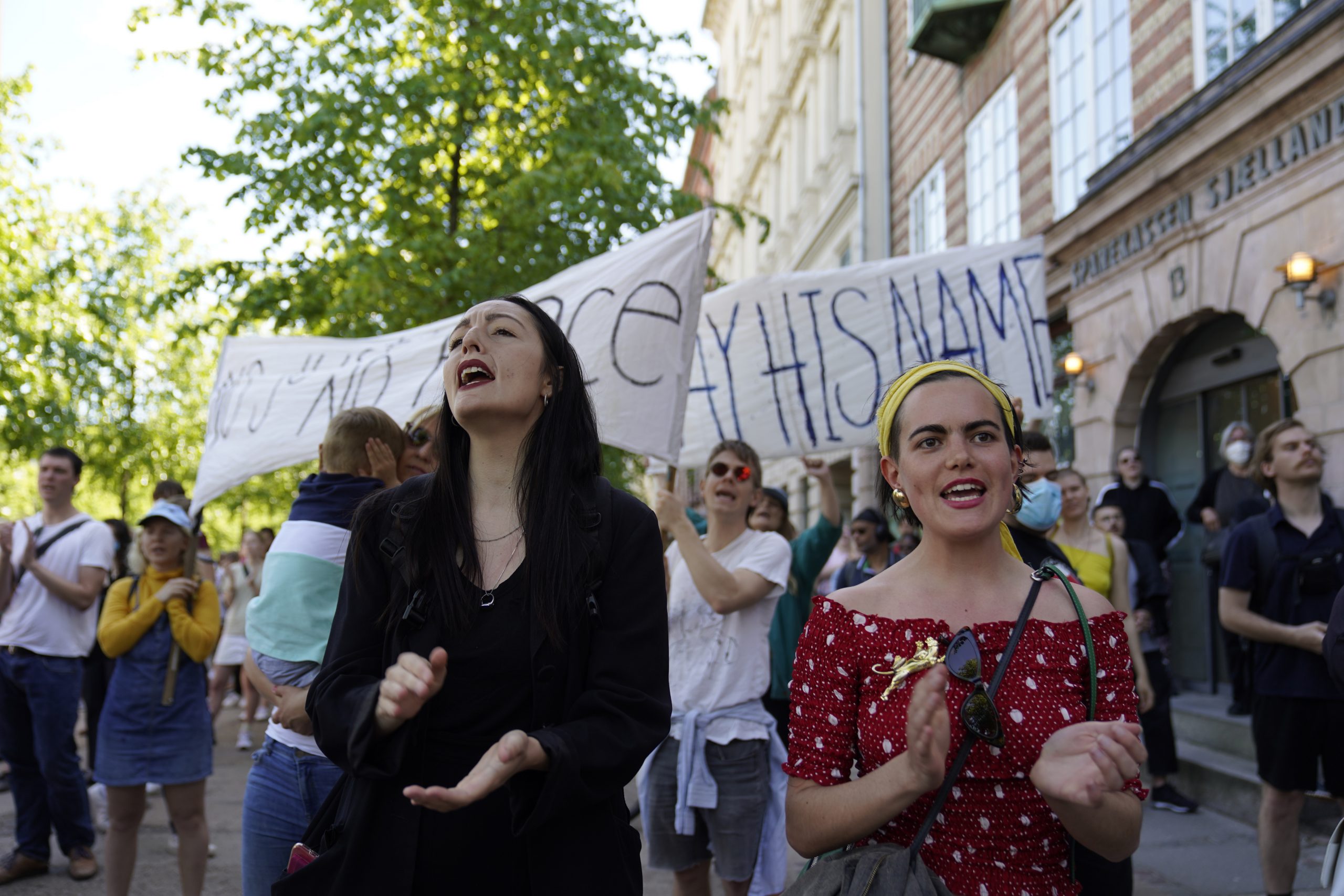 Black Lives Matter demonstration in front of the US Embassy in Copenhagen, Denmark, Sunday, May 31, 2020. Protesters gathered in front of the embassy under the heading ‘I Can’t Breathe’, to express their feelings in regard to the death of 46-year old George Floyd while in police custody in Minneapolis, USA. (Ida Guldbaek Arentsen/Ritzau scanpix via AP)

In Amsterdam, around 10,000 filled Amsterdam’s Dam square, ignoring calls for social distancing and shouting “Black lives matter” and “No justice, no peace”. 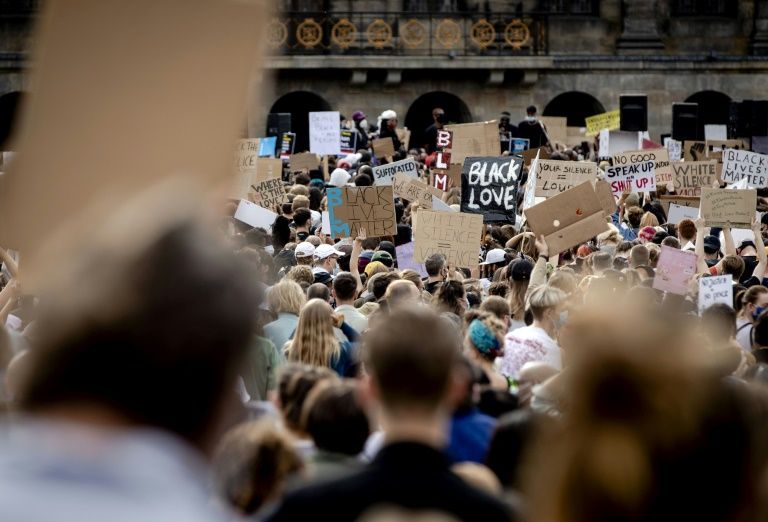 In Milan, they held a flashmob protest in front of the US consulate there.

"Flashmob of protest against the killing of George Floyd in front of the consulate of United States of America on May 28, 2020 in Milan, Italy."#ICantBreath pic.twitter.com/aV9Tdj4Utn

In Ireland  Over 5,000 people marched from O’Connell Street to the American embassy in Ballsbridge. 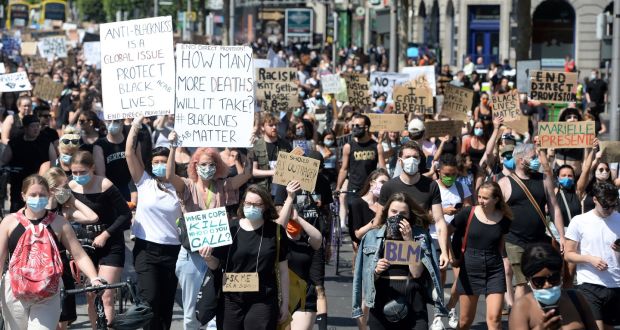 In Australia, 3,000 protesters rallied in Sydney and another 2,000 rallied in Perth. Other cities are also planning protests. 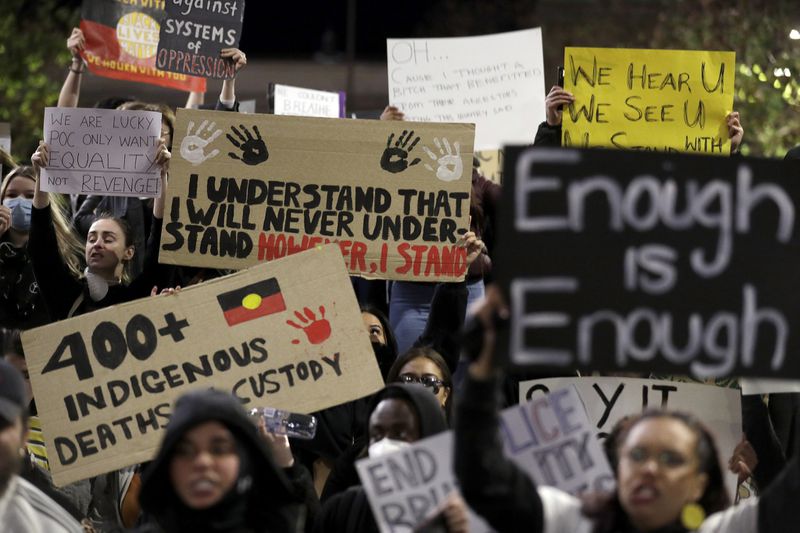 Protestors gather in Sydney, Australia, on June 2, 2020, to support the cause of U.S. protests over the death of George Floyd and urge their own government to address racism and police violence. (Rick Rycroft / AP)

In New Zealand, thousands protested in Auckland, Wellington and Christchurch

EuroYankee is a dual citizen, US-EU. He travels around Europe, writing on politics, culture and such. He pays his US taxes so he gets to weigh in on what is happening in the States.
View all posts by Euroyankee →
This entry was posted in Culture, Economics, History, Neoliberalism, Politics. Bookmark the permalink.