‘Days Of Rage’ In Chicago 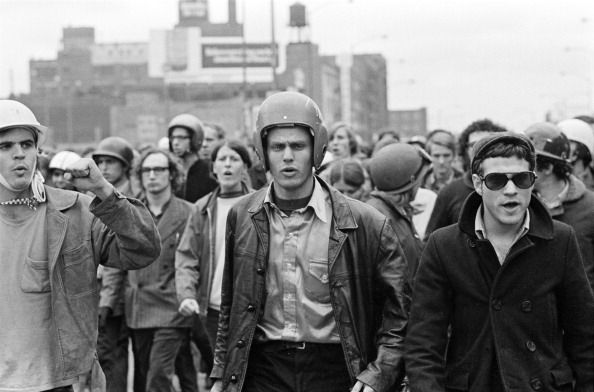 Leaders of the radical American student organization the Weathermen, an offshoot of the SDS, (left to right) Peter Clapp, John Jacobs, and Terry Robbins (1946 – 1970), march at the van of a crowd of demonstrators during the ‘Days of Rage’ actions organized by the Weathermen to protest the Chicago Seven trial and to ‘bring the war home,’ Chicago, October 11, 1969. (Photo by David Fenton/Getty Images)