Posted on Monday, 3 February, 2020 by Euroyankee 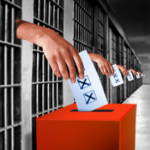 People who oppose letting prisoners vote often do not have the necessary facts in order to make a rational decision.

Some Statistics about the US Prison Population 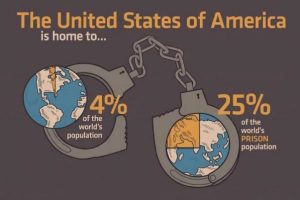 America is Exceptional: Why? 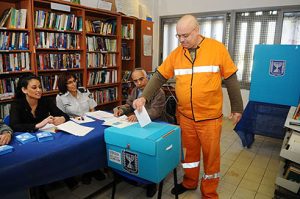 Israel allows prisoners to vote. This is a polling station in Rimonim Prison (Photo: Gur Dotan for Yediot Aharonot)

When it comes to refusing to let prisoners vote, the US is exceptional among the world’s democracies. Most democratic societies including most of Europe, Scandinavia and even Israel allow their prisoners to vote. This is because most democracies realize that in order to have a democracy, the right to vote must be seen as inviolable, irrevocable and fundamental to civic life.

The US is unique not only in its refusal to allow prisoners to vote, but also in the way that prison LABOR remains an integral and increasingly important part of America’s overall industrial output. The USA is unique in the way that it exploits its own citizens through a criminal justice system that amount to quasi-slavery.

When you are convicted of a crime in the US, the State does not strip you of your citizenship. As long as a person remains a citizen of the US, that person has not just the right but the OBLIGATION to vote. In a democracy, it is the duty of every citizen to vote. Being incarcerated does not mean someone stops being a citizen.

Prisoners are counted in the US Census. This means that the number of Congressional Representatives and the number of votes in the Electoral College votes that are assigned to a State are based on that State’s population, which *includes* the prison population.

In the federal prison system in the United States, all prison inmates who are physically able to work are required to do so – AND they are required to pay Federal income taxes on all monies earned.
Thirty-seven states have legalized prison labor contracts for private corporations in prisons. Some of these companies are IBM, Boeing, Motorola, Microsoft, AT&T, Wireless, Texas Instrument, Dell, Compaq, Honeywell, Hewlett-Packard, Nortel, Lucent Technologies, 3Com, Intel, Northern Telecom, TWA, Nordstrom’s, Revlon, Macy’s, Pierre Cardin, Target Stores, and many more. 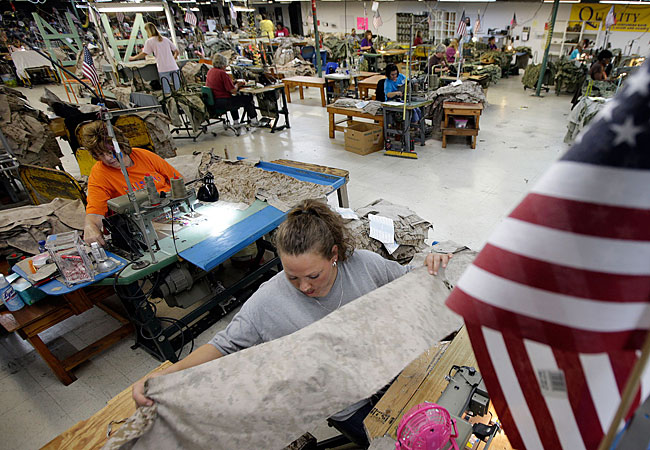 In addition to private for profit enterprises, US prison labor is used to make uniforms, helmets and other items for the military.

Indeed, prison labor is used to make a variety of products, from military gear to sports equipment, fashion garments and shoes, even high tech computer equipment. Moreover because prisoners are paid so little (often < $1 an hour), the “prison industrial complex” is now capturing market share from Third World nations that can no longer compete with the slave wages of America’s incarcerated workforce:

Thanks to prison labor, the United States is once again an attractive location for investment in work that was designed for Third World labor markets. A company that operated a maquiladora (assembly plant in Mexico near the border) closed down its operations there and relocated to San Quentin State Prison in California. In Texas, a factory fired its 150 workers and contracted the services of prisoner-workers from the private Lockhart Texas prison, where circuit boards are assembled for companies like IBM and Compaq.

The prison population has exploded over the past decades, as the prison industrial complex has become a privatized industry unto itself, with trade shows, conventions and other activities normally associated with “free enterprise”:

“The private contracting of prisoners for work fosters incentives to lock people up. Prisons depend on this income. Corporate stockholders who make money off prisoners’ work lobby for longer sentences, in order to expand their workforce. The system feeds itself,” says a study by the Progressive Labor Party, which accuses the prison industry of being “an imitation of Nazi Germany with respect to forced slave labor and concentration camps.” 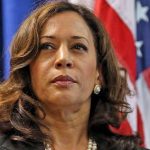 The topic of prison labor has even been an issue in the 2020 Presidential Primary, where candidate Kamala Harris came under fire for having opposed an early prisoner release program for prisoners in California because it would have caused a disruption to the State’s labor pool.

Americans need to recognize that many prisoners are in jail not because they are a threat to society but because they provide cheap labor to US corporations.

The Boston Bomber and the Slippery Slope

First, let us be clear: Prisoners work, they pay taxes and they are counted as citizens by the Census for the purposes of allocating seats in Congress. Stripping a productive, tax-paying citizen of their right to vote for the people who are representing them in government is an outrage, as it is a literal case of  “taxation without representation”. We fought a war over that outrage.

I know there are critics who will say that it’s OK for some prisoners to vote, but not for others. For example, those guilty of marijuana possession or burglary can vote,  but not those convicted of manslaughter or murder. Or maybe everyone is OK except terrorists like the Boston Bomber.
The problem is that once a universal law is made non-universal, it is easy to keep chipping away at it. The idea of who is “deserving” of the right to vote becomes subjective. But in a country where even the mentally ill are allowed to exercise their “2nd Amendment Right” to bear arms, we must recognize that voting is a fundamental and integral part of American citizenship. To impose limits on such a “universal” right is dangerous.

This “slippery slope” argument why we do not have means testing for universal programs such as Social Security or Medicare, and many believe that the iron-clad universality of those programs is the ONLY reason why they have survived all the decades of GOP cuts.
Bernie is correct when he says that any person who is a citizen of the USA and is 18 years of age is entitled to vote, period.

The Practical Reasons for Allowing Prisoners to Vote

For every 100 people eligible to vote in the United States, at least 2 of them are in jail. When we have Presidential elections that turn on only 1% or 2% difference in the electorate, this can be a deciding factor.

For example: in 2016, Hillary Clinton lost the state of Michigan to Donald Trump by a margin of only 0.23% of the vote, or 10,704 votes. Michigan locks up a high percentage of its people,  In 2016 Michigan had over 64,000 prisoners in their jails and prisons, a majority of whom were people of color. Allowing prisoners to vote in Michigan could thus have had a major impact on the outcome of the election.

It’s All About Racism 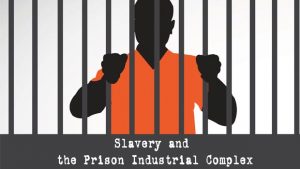 Aha!! I hear Republicans scream – you Democrats just want to increase the number of people who will vote for you! This is a specious argument, because it presupposes that either (1) the US “criminal justice system” is a racist institution that locks up poor, indigenous, black and brown people disproportionately, or that (2) the person making this accusation is themselves a racist who believes that such people are inherently or innately more criminal than their own base. In the case of the former, the solution is not to strip people of their rights, but to create a more just system. In the case of the latter, well … racism is not a legitimate basis of argument.