“Blue Dogs” Have Destroyed the Democratic Party and They Need to Go. NOW! 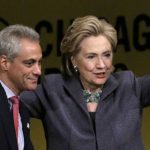 The Democratic Party can no longer afford to be held hostage by a conservative group of greedy DINOs. You may have heard of the Blue Dog Democrats, those shadowy spectres of conservatism who haunt the halls of Congress, pushing Democratic policy positions ever rightward and demanding all the while that their opinions be accommodated and their seats be defended at all costs.

In short, the Democrats in their wisdom have decided that the way to beat Republicans is to become more like Republicans.

To know why they are doing this, it is important to look at the history of the Blue Dog Coalition, and the very specific political purpose they have served within the Democratic Party for the past two decades.

Just Who Are These Blue Dogs?

The Blue Dog Democrats are a coalition of self-described “conservative” Democrats who currently make up 18 of the 193 members of the Democratic Caucus in the House of Representatives.

How conservative are they? One of the most active Co-Chairs of the Blue Dogs is Rep. Henry Cuellar D-TX. He has an A+ rating from the NRA. He is also the front man of the effort to work with the DCCC to select candidates to run in 2018.

Why do the Blue Dogs exist? Thanks to Rahm Emanuel.

The Blue Dogs are generally seen as the modern-day incarnation of the “Dixiecrats” of the post-War era. But their official history goes back to the 1990’s, when the Democratic Party, led by Bill Clinton and his Democratic Leadership Council (DLC) started dragging the Democrats to the right. But they really grew to prominence under Rahm Emanuel, the famous Clinton staffer, left the White House to become Chair of the DCCC in the mid-2000’s.

Readers may recall that Emanuel was famous for, among other things, calling liberals “fucking retarded” as well as recruiting conservative Democrats (mostly veterans and former Republicans) to run in Congressional Districts where they could win.

Rahm Emanuel came to power in the DCCC having served as a congressional “enforcer” under Bill Clinton. He was (and is) a fanatical follower of the neoliberal concepts of the DLC and was a major player in the pro-corporate, anti-union conservative cabal that had hijacked the Democratic Party in the 1990’s. As part of this neoliberal “revolution”, Emanuel sought not just to change Democratic Presidential politics but also to transform the political complexion of the Democratic Caucus in the House and Senate.

The argument Emanuel put forward to justify recruiting what were basically moderate Republicans, was essentially the same reasoning that animated the Clinton campaigns for the White House: namely, that the American electorate could be compartmentalised into discrete voting blocs, and specific policies could be sold to each specific group. On the Presidential level, this worked along racial, gender and other social/cultural lines. In Congressional races, however, candidates could afford to deviate from the national “message” in order to win in their local districts. For example, if Hillary Clinton as First Lady was promoting the Right to Choose, a Blue Dog could still run on a very strict “Pro-Life” platform in their district. This would allow these Blue Dog “Democrats” to win elections and give the Speaker’s gavel to the Democrats in the House.

It was all about consolidating power in Washington.

Of course, in order to persuade a political conservative to run as a Democrat, certain “allowances” had to be made. First, the DCCC pledged to shower the candidate with as much money as they needed. They would receive top priority and they would never want for anything.

Second, they would be protected. The DCCC would not sanction anyone running against them in a primary and would actively work against any potential challenger if there was a risk they might pull the Blue Dog to the left (indeed, we are seeing this already in 2018).

This veto power became all too apparent during the Obamacare debate in 2009, when Blue Dogs successfully prevented any discussion of a “public option” to be included in the bill. Indeed, the biggest single source of finance for the Blue Dog Political Action Committee is the health care industry, which donated $1.2 million in the 2009–2010 election cycle.

It has been often mentioned recently how the Democrats lost the House of Representatives along with over 1000 State legislative seats since Obama came into office. A good part of the loss was among the Blue Dogs, who lost well over half their members in the 2010 midterms. Moreover, fully half the overall losses that the Democrats suffered in the House were due to the Blue Dogs’ implosion. It turned out Harry Truman was right.

Today, the original arguments in support of the Blue Dogs appear to be totally discredited.

First, the Blue Dogs are almost all in very safe Democrat-leaning Districts. Indeed, the average rating by the Cook Partisan Voting Index, the average score of the 18 current Blue Dog Districts is “D+6” — meaning that any Democrat would have a theoretical winning margin of 6%.

The actual situation, however, is even more favourable to Democrats. The average winning margin for the current Blue Dog Democrats is a whopping 23%. Indeed, Blue Dog Chairman Henry Cuellar, the one who is advising the DCCC to recruit conservatives, won his last election in a landslide by 35%. His District, TX 28, has been in unbroken Democratic hands since it was formed in 1993.

In fact, the average Blue Dog District has been solidly Democratic for the past 36 YEARS.

The Blue Dogs are a Political SHAM

Rahm Emanuel — and now Ben Ray Luján — have built their arguments for recruiting, coddling and protecting Blue Dogs on a set of LIES. Recruiting Blue Dogs is not some sort of “Realpolitik” that must be done in order to gain control of the House. In fact the opposite is true. As 2010 showed us, Blue Dogs are 2x more likely to lose their seats in a tough election season.

Furthermore, almost all the Blue Dogs in Congress now come from safe, solidly Democratic Districts where Progressives could easily win if they were allowed to compete.

The elevation of the Blue Dogs, and their outsized role and influence in the 2018 Democratic House campaign is simply an outrage. Instead of promoting progressive candidates who could truly turn the tide of the country, the DCCC and the Democratic leadership have decided to take the myopic and deeply cynical strategy to try to use the anti-Trump sentiment to turn legislative Districts by running candidates who are Republicans in all but name, and who will rely on capturing the votes of “moderate Republicans” in order to win seats. This strategy failed Hillary Clinton, and it will fail the DCCC.

Moreover, the Blue Dogs that do win will be highly susceptible to losing their seats in the next election — just as they did in 2010.