People accuse Sanders supporters of being “fanatics” who push “purity tests” and adopt a “holier-than-thou” attitude towards other candidates and their supporters. They are grossly underestimating us.  We Berners are on a mission to literally save the world, and in this fight Bernie is not just the best candidate, he is the ONLY candidate.

When it comes to issues dominating the 2020 election, Climate Change is forever getting short shrift. It is the issue that gets no respect. It is the one issue with the greatest  intersectionality, and yet debate moderators refuse to allow it to enter however mildly into any discussion not fully centered on climate. 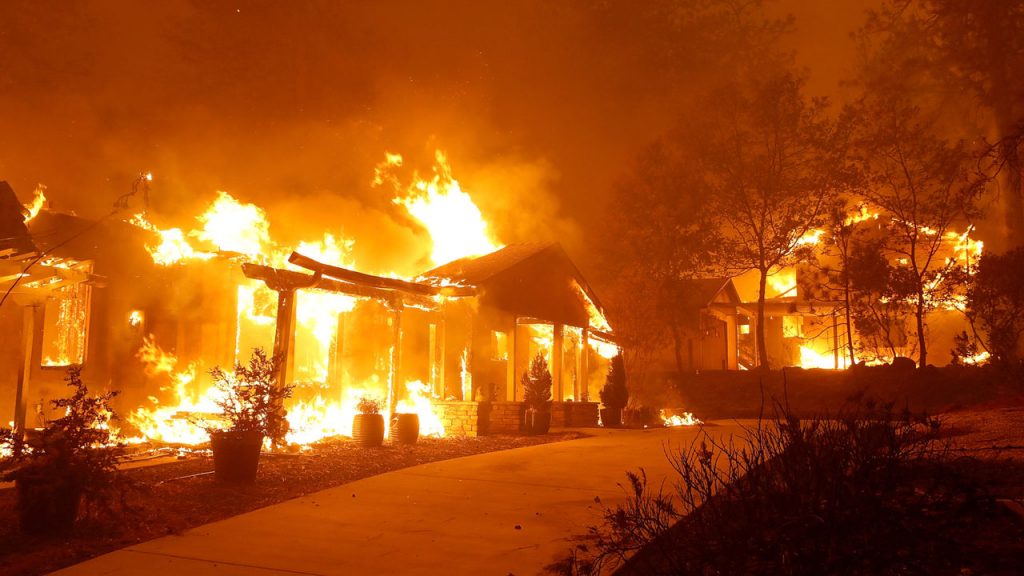 And yet – Climate Change is the most important issue facing not just the US electorate but all of humanity.

We believe in science – RIGHT? 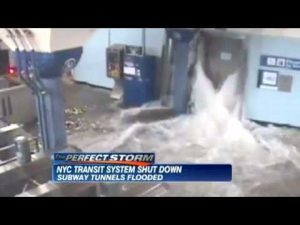 2012 -Hurricane Sandy flooded the NYC subway for the first time EVER.

As Democrats, liberals and progressives we claim to value science. We claim to adhere to logic and to fact-based policy, and this makes us different from the Republicans who appear unwilling to accept science.

But when it comes to Climate Change, many Democrats – and most Democratic candidates for President – seem willing to discount or ignore what the science and the scientists are actually telling us.

The Intergovernmental Panel on Climate Change (IPCC) told us in 2018 that we had 12 years in which to drastically reduce the emission of greenhouse gases causing global warming. They based this analysis on the realization on an assumed goal of limiting global warming to a  maximum of 1.5 degrees Celsius above pre-industrial levels, which is the level at which they believe that the Earth could still sustain life in a manageable way. Going beyond the 1.5 degree threshold would push us past the “tipping point” and cause a spiraling effect in which the world’s ecosystems would collapse as adverse feedback loops reinforced and accelerated each other to the point where the Earth would soon become unable to sustain human life as we know it.

In other words, once the next Presidential Administration takes office, we will have 10 years in which, as Bernie says, “we need to get our act together” to avoid global catastrophe and save the planet from becoming literally uninhabitable.

Achieving the 1.5C goal by 2030 is achievable, but only if we rapidly phase out fossil fuels and reduce overall energy consumption in agriculture and other areas of human activity. This means reaching 100 percent renewable energy for electricity and transportation by no later than 2030 and complete decarbonization of the economy by 2050 at latest, according to the IPCC.

Only Bernie has a plan to address Climate Change at the level and scope required to truly meet the 1.5C goal. 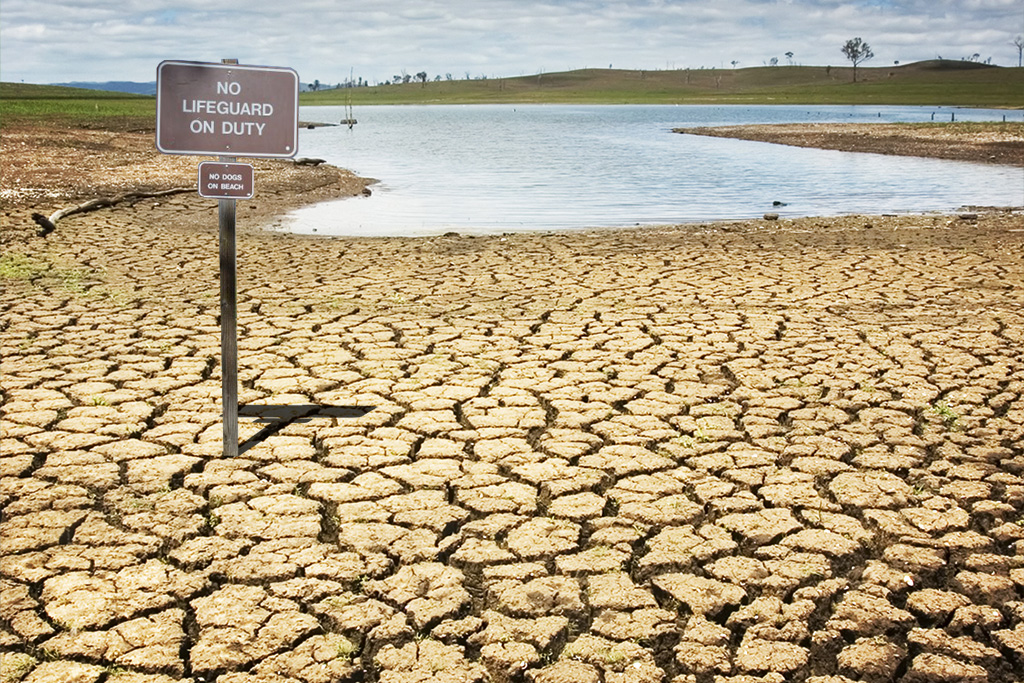 Droughts in CA and all over the world are getting worse, causing climate migration.

Why Bernie is the Only One

Every Democratic candidate for President is giving lip service to the Climate Crisis, but only Bernie is promising the swift, bold and drastic action required to properly address the challenge. He has promised to declare a “National Emergency” on Climate Change, something the other candidates will not do. He also plans to invest by far the most money in solving the problem. For example, Bernie plans to spend 60% more on the effort and create twice as many new jobs as Elizabeth Warren.

A Matter of Trust

The Sunrise Movement issued a score card analyzing the plans and rating the top three Democratic candidates Biden, Warren and Sanders. Bernie easily won, and the Sunrise Movement officially endorsed Sanders for President. But for us Berners the issue is far more than what people have committed to paper. It comes down to a matter of trust in which candidate will actually follow through on their commitment in a way that will actually work.

Biden is a Non-Starter 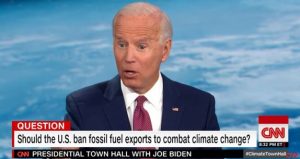 Joe Biden is simply not to be trusted on the subject of Climate Change. For example, after taking the Sunrise Movement’s No Fossil Fuel Money Pledge and appearing on the CNN Climate Change Town Hall, Biden attended a fundraiser hosted by Andrew Goldman, a co-founder of Western LNG, a natural gas production company based in Houston, Texas. Moreover, Biden’s Super PAC has a Treasurer named Larry Rasky, a long-time Biden confidante and well-known lobbyist for the fossil fuel industry.

None of this is surprising. We all recall that Biden once told a group of wealthy donors that if he were elected, “nothing would fundamentally change.” Moreover, Biden first entered the race claiming to have a climate plan that was based on finding a “middle ground.” Like Amy Klobuchar, Biden thinks that fracked gas is just fine as a “transitional” energy source.

So – hard pass on Biden.

When the Sunrise Movement rated the top three candidates, Warren scored fairly close to Bernie. In terms of vision, how they talk about it, and their actual plans, the two candidates were fairly close if not tied. Where Warren failed, however, was in how often she talks about Climate Change. Bernie scored a 23 out of 30, Warren only scored 15. This tells us that Climate Change is just not that high on Warren’s list of priorities. And we all know that if an issue is not at the top of a President’s list of priorities, then the odds of accomplishing anything on that issue drop dramatically.

But there is a more insidious reason that Warren does not talk about Climate Change. 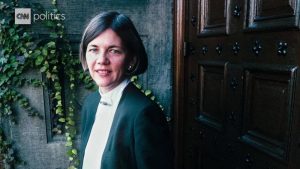 Liz Warren was a “die-hard conservative” but at age 47 she had a change of heart (?)

It is by now a well-known fact that Elizabeth Warren lived most of her adult life as a “die hard conservative” and a Republican until she switched parties at the ripe old age of 47.  That was in 1996, when Bill Clinton and his DLC had succeeded in pulling the Democratic party to the Right, making them just as “corporate friendly” as the GOP.  In addition, Warren has famously declared that she is still a “capitalist to her bones” – a position which Bernie Sanders often calls out as a point of difference between the two candidates.

What all this means, however, is that Warren’s plan to attack Climate Change is a quintessentially neoliberal one, relying on market-based solutions to nudge private industry into playing ball and cooperating in addressing the coming apocalypse. For example, in an Op-Ed she penned for BuzzFeed News, Warren explained:

My plan for climate risk disclosure would hold corporations accountable for their role in worsening the climate crisis, using market forces to accelerate the transition away from dirty fossil fuels.

Warren does not have one single plan to address Climate Change, but rather has several different “sub-plans” spread across various sectors of the economy, from agriculture to manufacturing to the military. While she tries to sell this solution as more easily achievable, it also means that pushing a large, sweeping program like Bernie’s and AOC’s Green New Deal and declaring a national emergency to tackle Climate Change as a single issue is not possible. Similar to her convoluted, multi-step approach to healthcare, Warren is once again trying to please two masters: she wants to show the Progressive wing of the Democratic base that she is woke to the climate crisis, but her actual solutions are ones that she calculates to be more acceptable to Corporate America.

This multi-pronged approach is very difficult to explain to voters, and that is probably why she talks so little about Climate Change on the stump. But it will also be that much more difficult to sell to the people if she ever were to get into the White House.

In addition, Warren addresses the global nature of the climate crisis very differently from Bernie. Rather than exhorting the world’s nations to reduce militarism and turn their resources to fighting the common enemy, Warren’s plan centers US militarism and industry in order to generate profits from fighting Climate Change: 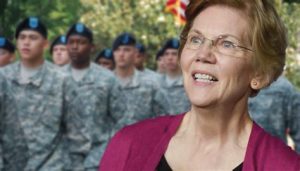 Warren is a militarist and her “plan” for Climate reflects her hawkishness.

And then there is Warren’s overall credibility problem. Warren has famously backtracked on her “plan” for Medicare For All: she started out saying she was “with Bernie” but then  came out with a multi-step plan that seeks to ‘build on the Affordable Care Act.” Indeed, Warren did not mention Medicare For All a single time in the last Democratic debate.

This capitulation on healthcare, which signals her innate reluctance to take on industry interests, is a good indicator of how Elizabeth Warren would approach Climate Change. In other words: she would seek to maintain the current capitalist economy even if it means slowing or putting off the desired outcomes in terms of human lives.

In addition, Bernie’s plan is better because his will be based on the diverse, multiracial mass movement that he is building, which can in turn be spread globally to ignite a worldwide campaign based on shared humanity and not the profit motive for US corporations.

The IPCC and all the climate scientists in the world are all saying the same things: 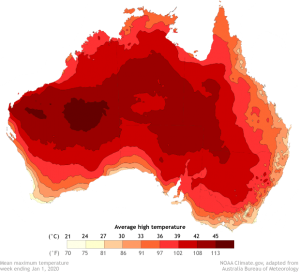 In 2019 wildfires covered Australia, and the average temperature NATIONWIDE was 105.6F / 40.9C

Another 4 years of a Trump Presidency would ensure that we would blow right past that 1.5C target and probably surpass 2.0C. In other words, if Trump is elected, the human race is doomed: if not by a nuclear holocaust, then certainly by catastrophic Climate Change.

If, however, one of the other Democratic candidates are elected, the odds of a nuclear Armageddon will be greatly diminished, but the threat of mass extinction through Climate Change will remain.  Despite all their campaign rhetoric, the corporate-friendly measures that a Biden or Warren would introduce, all carefully crafted to not upset the capitalist system itself, will be far too little, far too late to adequately address the crisis on a global scale.

This is why we know that Bernie is the only choice to save the planet, and any President other than Bernie Sanders in this election will spell doom for the planet and our species. Maybe the apocalypse will come more quickly under some, but the end result will be the same. And frankly, it is not possible for us to get enthusiastic for a candidate who simply promises to slow down the rate of human extinction.

All other issues pale next to Climate Change. It is the one existential threat to human civilization and the biosphere itself. So please do not waste your time attacking us for not supporting anyone but Bernie. If you truly believe the science, then there is only one candidate, only one hope for humanity. And that is Bernie Sanders.

EuroYankee is a dual citizen, US-EU. He travels around Europe, writing on politics, culture and such. He pays his US taxes so he gets to weigh in on what is happening in the States.
View all posts by Euroyankee →
This entry was posted in 2020 Campaign, Economics, Politics. Bookmark the permalink.