Anti-Bernie Smear #16: “Bernie has no support among African Americans” 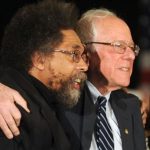 This is perhaps the most hurtful and outrageous attack on Bernie — and is also the one that is most easily debunked.

As the 2020 race starts to heat up, one of the main attack lines on Bernie Sanders is that he cannot win because he just doesn’t have the support of African Americans. This attack is part of a coordinated campaign to incorrectly and unfairly paint Bernie Sanders as somehow backward or awkward when it comes to race and politics.

As writers like Katie Halper have documented, however, nothing could be further from the truth.

Bernie has been campaigning for civil rights for 50 years — he protested segregation, got arrested for protesting police brutality, he marched with MLK. Bernie led a protest against segregation at the University of Chicago in 1962.

And when Jesse Jackson ran for President, Bernie Sanders helped deliver Vermont’s delegates during the 1988 Democratic Primary. Bernie was one of the very few white political office-holders to back Jackson. What has Bernie done for African-Americans lately?

Firstly, we must reject this snarky and cynical question as itself being wholly irrelevant. It matters A LOT what Bernie Sanders did in the 60’s, as Shaun King brilliantly points out in this article.

The reason for the jump to a perfect score lies in Bernie’s willingness to recognize and listen to activists such as Black Lives Matter. This has led to Sanders developing a comprehensive platform on Racial Issues and social equality.

But the proof of the pudding is in the eating, and African-Americans themselves are the best judges of who is on their side.

FACT: Bernie’s support among African-Americans is HIGHER even than it is among whites. This poll is from April 2017 — It shows that the typical “Bernie Bro” is probably an African-American woman.

All polling continues to show Bernie astoundingly popular among non-whites.

CNN/ORC Poll from 31 May 2017 shows the same thing as the Harris poll.

This CNN/SSRS Poll from 2018 shows the same thing as all the others: namely, that Bernie Sanders is much more popular among non-whites.

This is because Bernie’s policies will benefit all Americans but will help African-Americans and people of color most.

When MLK was killed, he was in Memphis to help striking sanitation workers. This was part of his “Poor People’s Campaign,” the last great struggle of his life, and one that was carried on by his wife after his death. King knew that the way to social justice was through economic justice; that these two goals were inextricably linked, and the cynical exploitative elites who tried to separate them did so only to divert and destroy the economic struggle that lies at the heart of racial equality.

African-Americans are most affected by minimum wage laws, healthcare costs, college tuition, climate and pollution, criminal justice and the other issues that Bernie is fighting for. EuroYankee is a dual citizen, US-EU. He travels around Europe, writing on politics, culture and such. He pays his US taxes so he gets to weigh in on what is happening in the States.
View all posts by Euroyankee →
This entry was posted in 2020 Campaign, Anti-Bernie Smears, Anti-Progressive Smears, Bernie Sanders, Culture, Politics and tagged #BernieSanders #Bernie2020. Bookmark the permalink.