Anti-Bernie Smear #24: “Bernie is too far Left; he can’t win the general election – he will be another McGovern”

Posted on Thursday, 23 January, 2020 by Euroyankee 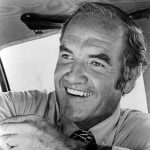 People who claim that Bernie is “too far Left” are mired in a false narrative that the Democratic Party itself has been promoting for decades in order to suppress and thwart Progressives.

2020 is nothing like 1972 EXCEPT in the way that the Democratic Party elite is trying to sabotage their strongest candidate.

We’ve all heard this argument many times and in many different ways. “We can’t go too far to the Left because then we will lose the swing states and the swing voters, and [INSERT REPUBLICAN] will win. It will be another landslide disaster like we had with George McGovern in 1972.”

Skip to the Quick Response

The story of the McGovern loss is one that still dominates the debate among Democrats. Similar to the story of the “spoiler effect” of Ralph Nader in 2000, the fable of the McGovern debacle was created by the Democratic Elites and it has been nurtured and promoted by the Democratic Establishment to the point where it has become a matter of canon, a cautionary tale that cannot be questioned.

But this narrative is not based on the actual facts.

That was Then, This is Now

In 1972 President Nixon had an approval rating of over 62%

Firstly, we need to look at the very different circumstances that obtained in 1972. Unlike Trump in 2020, Richard Nixon in 1972 had a very high approval rating of well over 60%. The country was still at war in Vietnam, but Nixon and Kissinger were having talks with the North Vietnamese that they promised would deliver “peace with honor.” This argument, combined with generally high approval ratings, made Nixon a formidable foe.

Secondly, the stakes did not seem to be as high as they are today. Nixon was nowhere near the divisive figure that Trump is. Nixon had actually enacted several progressive milestones in his first term: establishing OSHA, creating the Environmental Protection Agency, passing the first Clean Air Act and proposing a new healthcare system to cover poor and working families that is actually more progressive than today’s Affordable Care Act. 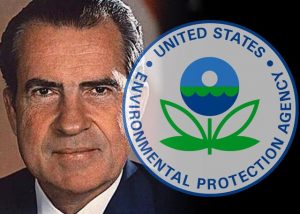 Indeed, Nixon was so progressive in his Presidency that McGovern was forced to center his candidacy on ending the Vietnam War by withdrawing immediately, a strategy which Republicans called “cut and run” and one which as mentioned above was blunted by Nixon’s own promises of an “honorable” peace. When Henry Kissinger delivered his “October surprise” by announcing that “peace is at hand” just 10 days before Americans went to the polls, that pretty much dealt a death blow to McGovern’s anti-war platform.

Nixon won the 1972 election 1ith over 60.7% of the popular vote, winning every State except Massachusetts. This dramatic defeat, however, was only made possible by the Democratic Party Establishment, which worked overtime against McGovern to ensure that he was soundly and roundly defeated. 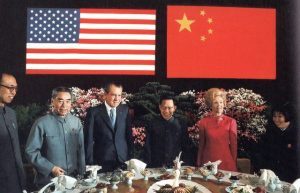 McGovern’s anti-war platform was blasted to pieces as Nixon rocketed to the top of the polls based on foreign affairs: the incumbent could justifiably claim that he was not only winding down the war in Vietnam, but also cooling off the Cold War, thanks to his famous trip to China.

And regarding the domestic issues and the economy, as Joshua Mound wrote in The New Republic:

Any Democratic nominee was doomed in 1972. Modern election forecasting models based on variables like the state of the economy and the incumbent’s approval ratings make clear, in retrospect, that Nixon was destined to win in a landslide. Taking any guesswork out of the result, Nixon stoked the economy with expansive fiscal and monetary policy, and when polls showed that the public preferred McGovern on issues like inflation and taxes, Nixon shifted to the left. He took the unprecedented step of instituting wage-price controls to clamp down on inflation and promised to sock it to the rich and slash tax rates on the working class if reelected.

Remember: 1972 was the year of Watergate, and Nixonian “Dirty Tricks” were deployed with gusto throughout the campaign. These nefarious tactics also helped Nixon to get an edge on McGovern. 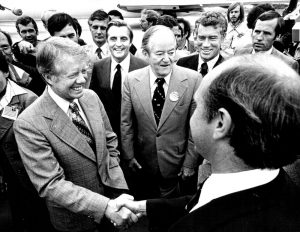 Jimmy Carter and Hubert Humphrey led the “Anyone but McGovern” movement.

McGovern’s defeat was, then, more or less certain, but the scale of the defeat was helped by fellow Democrats. During the 1972 Primary campaign, an adviser for Hubert Humphrey, one of McGovern’s main opponents for the nomination, promised, “We are going to show that McGovern is a radical, just like Goldwater was in 1964.” There was even an “anyone but McGovern” movement at the Democratic Convention, led by the centrist Southerner, Jimmy Carter.

McGovern and his supporters were immediately condemned and portrayed as hippies and radical Leftists, not just by Republicans, but also by the Democratic Establishment. As Mound writes in The New Republic:

A Democrat even handed Republicans their best attack line: “The people don’t know McGovern is for amnesty, abortion, and legalization of pot,” an unnamed Democratic senator told the press. Hugh Scott, the GOP’s Senate minority leader, transformed the quote into “the three A’s: Acid, Amnesty, and Abortion” and a golden political slur was born.

The Superdelegate system had not yet been created, so there was little that the Party Elites could do to thwart the will of the base when it came to delegate counting at the convention. Once the “Anyone But McGovern” movement failed, however, things proceeded to get even more slimy. 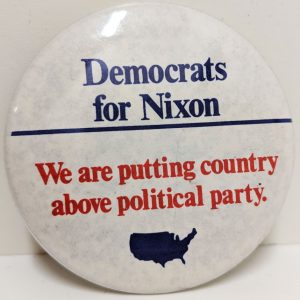 John Connally was a powerful Democrat, a former ex-Governor of Texas who played kingmaker on both sides of the aisle. He had helped Republican Dwight D. Eisenhower get elected, and he had helped LBJ as well. But he was, at heart, a conservative, and so he formed “Democrats for Nixon“, an organization funded by Republicans but one with prominent pro-military war-hawk Democrats at its head, including several Democratic Governors and the Mayors of cities such as Miami, Boston and Nashville. Democrats for Nixon even ran a series of ads portraying McGovern as dangerous for wanting to cut military spending.

It was after the 1972 campaign that the Democrats decided to establish the Superdelegate system to ensure that the Party apparatchiks were able to select the candidate that they wanted, even if the base wanted someone else. They used McGovern’s loss to Nixon to justify this move, but in reality the Superdelegate system has nothing to do with electability. Superdelegates exist solely to ensure that no progressive, anti-war candidate can win the nomination, so as to spare the Party the embarrassment and expense of having to disown, disavow and sabotage their own candidate.

Given the recent comments of people like Hillary Clinton, however, we may well see the emergence of a “Democrats for Trump” movement if Bernie becomes the nominee.

To respond quickly and effectively to this smear, raise the following points:

EuroYankee is a dual citizen, US-EU. He travels around Europe, writing on politics, culture and such. He pays his US taxes so he gets to weigh in on what is happening in the States.
View all posts by Euroyankee →
This entry was posted in 2020 Campaign, Anti-Bernie Smears, Anti-Progressive Smears, Bernie Sanders, Economics, History, Politics. Bookmark the permalink.