Posted on Wednesday, 21 February, 2018 by Euroyankee 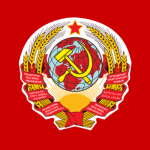 I suppose it was only a matter of time before the “Russia-Gate” hoax spread to Bernie Sanders.

Apparently Putin was not just working overtime to get Trump elected, he was already hard at work in 2015 sending out his flying monkey trolls to support Bernie Sanders. Sigh.

The Russia-related attacks on Bernie are multivalent, but I will address each attack line below. 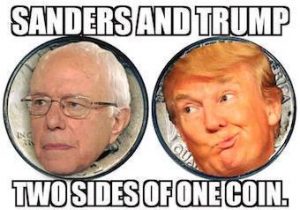 Yes. It has come to this.

This is the most recent attack on Bernie, one which is seeking specifically to disqualify him from the 2020 election.

The thinking behind this smear (and when I say “thinking” I am being kind) is that Putin was so eager to damage Hillary that he set up the Internet Research Agency to rampage throughout Social Media, propping up Sanders and denigrating Clinton.

The indictment alleges that the Russians posted Facebook ads promoting Sanders and retweeted Sanders in an effort to sway voters’ opinions.

This is pure bullshit. I mean, would you REALLY let an ad like this sway you?

I was all set to cast my vote for Hillary Clinton until this rocked my world view and transformed me into a Russian operative: pic.twitter.com/NxZHX5FXaa

Moreover, the Tweets that have been identified as Russian in origin actually promoted Trump, Clinton and even Joy-Ann Reid more than they promoted Bernie.

The tragic irony is that Joy Reid slanders Jane&Bernie Sanders/Jill Stein yet the Russians chose to retweet Joy. Her disinformation was most helpful to their cause. Why?
The Russian Retweets
Here are the numbers:
RT @JoyAnnReid: 267
RT @realDonaldTrump: 578
RT @SenSanders: 27

The important thing to remember here is that the Internet Research Agency LLC is a FOR-PROFIT company that conducts Internet trolling campaigns on behalf of Russian business interests. The indictment makes NO REFERENCE to IRA LLC having any ties to the Russian government.

What the indictment also states, however is that the troll factory activities had a commercial aspect, and they were paid for generating Retweets.

Obviously they found Joy Reid to be the most popular — and hence lucrative — clickbait. But to say that these Russsian trolls were doing anything to help Bernie Sanders, or to suggest that Bernie Sanders supporters were somehow misled and “duped” is pure poppycock.

In a WIRED Magazine interview with a troll farm in Macedonia, the interviewee, named Boris (of course), told the journalist that Bernie Sanders supporters were difficult to convince.

“Bernie Sanders supporters are among the smartest people I’ve seen,” he says. “They don’t believe anything. The post must have proof for them to believe it.”

This truly is a fly fart in a tornado.

In sum: the Indictment is against 13 individuals and 3 companies who basically had very little impact on the election, given that the amount of money spent, the ads placed and the type and nature of the tweeting activity (Joy Reid???) were disjointed and not targeted. They were more about generating retweets, clicks and views than helping anyone in particular — especially Bernie Sanders.

For a complete breakdown on this, check out @aaronjmate’s interview with @MaxBlumenthal on The Real News Network.

“Bernie spent his honeymoon in the USSR”

This is a very old smear. And given the fact that the USSR no longer exists, it’s surprising that people still use it. But then again, we have seen Democrats and others refer to today’s Russia as “Soviets” and “Communists”, so it is not surprising that the most ignorant will still pull this chestnut out of the bag.

In 1988, when Sanders was mayor of Burlington, the city formed a “twin” city relationship with a Russian city called Yaroslavl — Remember, this was one year before the Berlin Wall fell, at the height of Gorby’s Perestroika and the thawing of East-West relations. The sister-city program was a total success and is still going on today — see http://burlingtonyaroslavl.com. Burlington has sister city programs with other cities around the world, in France, Japan, Nicaragua, Israel and Palestine. 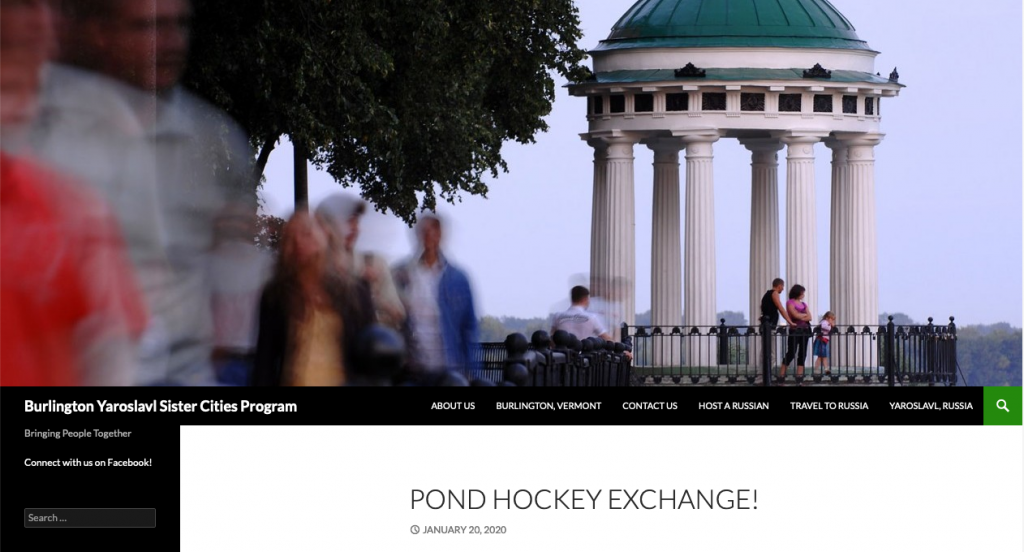 Burlington’s “Sister Cities” program promotes understanding and cultural exchange with various cities around the world, including one in Russia.

Sanders traveled on an official trip to meet his counterpart, the mayor of Yaroslavl. The trip, which was made with 10 other people, including prominent business people and city officials, was scheduled for the day after his wedding, so he invited his wife to come along. Now, you can say that maybe he should not have taken his wife on a trip for official city business, but you cannot make any more out of it than that.

In this attack, innuendo abounds:

There were two reasons to vote against the sanctions that Congress sought to impose on Russia in 2017.

First, these were simply not good for US relations with our Allies. The EU was virulently opposed to these sanctions, and threatened retaliation. Jean-Claude Juncker, EC President, decried the sanctions saying “‘America First’ cannot mean that Europe’s interests come last.”

Second, and more importantly, the sanctions bill targeted not just Russia but also Iran, and threatened to undo the Iran Nuclear Deal — arguably the greatest achievement of Barack Obama’s Presidency and one which Hillary Clinton gladly took credit for. Bernie was and is a staunch supporter of Obama’s Iran deal, and he refused to vote for anything that threatened to destroy Obama’s — and Clinton’s — signature achievement.

“Bernie voted against the Magnitsky Act”

The Magnitsky Act was a horrible piece of legislation that sought to impose sanctions on specific Russian individuals. In this it was a new sort of blacklist and violated US and international laws as well as human rights protocols. According to The Nation, it also brought us closer to World War III.

Congress has recklessly and needlessly jeopardized US-Russian cooperation in vital areas from Afghanistan and the Middle East to international terrorism and nuclear proliferation. Even if Moscow’s tit-for-tat reactions to the Magnitsky bill are pro forma and toothless, its adoption, along with the US-Russian impasse over missile defense and NATO expansion, brings us even closer to a new cold war. Judging by its voting record in recent years, Congress hasn’t seen a war it doesn’t like — hot or cold.

The Act targeted specific individuals whom the US would deem guilty of human rights abuses, and prevented them from entering the US or doing business in the US. But it was never clear how a person’s name could get on the list. Apparently it was widely open to interpretation.

This smear is a bit tricky since there is evidence that Hillary Clinton also opposed the Magnitsky Act because at that time one of the people targeted was a banker who had paid Bill Clinton $500,000 to give a speech in Moscow.

“Sanders Supporters Were Duped by the Russians”

This weirdo attack seems to have originated in the fevered dreams of Eric Garland, a prominent Trump-Russia conspiracy theorist. The idea is that Russian bots and trolls were working for Sanders and against Clinton. It is true that some pro-Sanders Facebook pages were inundated with spam ads and postings that were anti-Clinton, but these were not aimed to influence the outcome of the election.

The vast majority of anti-Hillary trolling came from a small town in Macedonia, where they make money by driving traffic to their clients’ web sites. They do this by getting people to click on ads and posts. They are not political. Indeed, the first wave of such spam was anti-Bernie.

As with the famous Russian Facebook ad purchase,  it was really not until AFTER the primary was over that the anti-Hillary ads started to appear.

So the main point gets murky. In some cases, they argue that Bernie was helped during the Primary, and in other cases they claim his supporters were influenced in the general election to NOT vote for Hillary. In either case, Bernie is not actually involved. And in the second case, it is obviously false because more Bernie voters went on to support Hillary than did Hillary supporters support Obama in 2008 (88% to 75%).

1 Response to Anti-Bernie Smear #14 “Bernie is a Kremlin Stooge, a Putin Plant, Just Like Trump, etc.”