Posted on Monday, 5 February, 2018 by Euroyankee 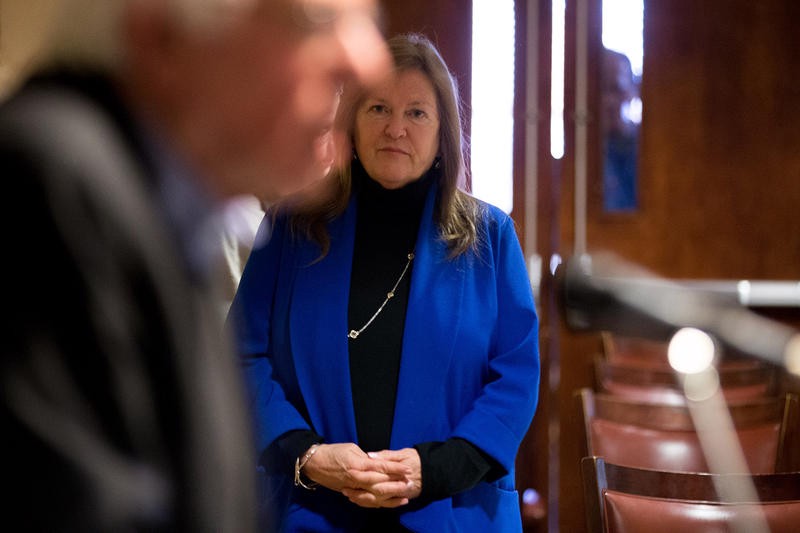 Dr. Jane Sanders, shown here in Marshalltown, Iowa on Jan. 10., has been accused of exacting a severe financial toll on the Roman Catholic Diocese of Burlington. But Vermont Bishop Christopher Coyne says the accusation is without merit. ANDREW HARNIK / AP

This smear has two iterations:

1) Jane Sanders committed bank fraud to obtain a loan for her employer, Burlington College, based on false income projections from donors.

You may wonder why I have not addressed this particular smear earlier. It is because I honestly thought that this line of attack would go away. Also Paste Magazine had run a great article in May 2017 explaining why this smear is totally baseless.

Yet, like the zombie narratives from the deepest, most fevered swamp of the far Right, this thing just refuses to die.

The accusation is based on a complaint that was filed with the Vermont US District Attorney’s office in 2016 by one Brady Toensing, the VT Vice Chair of the GOP and a well-known conservative bag man famous for stirring up trouble for Vermont Democrats and liberals. As Paste Magazine explains:

Toensing, also a junior partner at diGenova and Toensing, a DC law firm with a reputation for slinging mud at Democrats (Victoria Toensing, Brady’s mother and senior partner at the firm, was a prominent voice from the right during the Benghazi boondoggle), filed a formal complaint in January of 2016, with the U.S. Attorney alleging willful misconduct by Sanders, which prompted the DOJ investigation into the school’s closure.

Toensing claims to have filed the complaint “on behalf” of member of the Catholic diocese of Burlington, which he claims was damaged through the sale of the property to Burlington College when it was under Jane Sanders’s management. The main thrust of his complaint is that the property owned by the diocese was bought for $10 million, but the church only received $8 million. According to Toensing thi smeans that the Diocese was damaged by that $2 million shortfall.

Except the Church itself does not agree with Toensing’s claim. Quite the opposite, in fact.
As Bishop Christopher Coyne told Vermont Public Radio:

“At the time, we were very satisfied with the $10 million purchase price on a property that was assessed … at $6 million. So the offer from Burlington College was about $4 million more than the property was worth,” says Coyne …

“We’re very satisfied with the outcome at the end, even though we didn’t receive the full $10 million,” Coyne says of the settlement. “We walked away with a pretty good price, and at this point we’re not interested in pursuing any further matter in this.”

If there is one thing you need to know from this story, it is that the Church actually ended up receiving $8 million for a piece of property that was appraised at only $6 million.
In short:

Why are the FBI involved?

The FBI are bound to investigate every complaint that is duly filed in a District Attorney. However, the FBI has not said that anyone is a target of the investigation and so far there have been no criminal or civil charges even discussed in this matter.

The entire smear is a totally fabricated case made up by a local GOP operative known for filing false accusations.