Was America Ever This Polarized? Yes, but It Was an Honest Divide 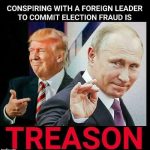 The Vietnam War saw Americans divided, but at least it made sense.

In answering a recent question on Quora, I was asked if the US was ever as polarized as it is now. I answered that the closest parallel in time would be during the Vietnam War, when young people had turned en masse against the war and the draft, the body-bags were piling up, and intrepid young reporters were showing the US public the horrors of that war in their nightly newscasts.

The “Make Love Not War” and “Ban the Bomb” crowd were fighting against the “America Love it or Leave It” and “Punch a Hippie” crowd.

That said, the people were (ironically) better informed by the mass media at the time, and so the polarization was “clean” and “true.” The younger generation, the ones who were being drafted and sent to die in jungles 10,000 miles away, were rightly outraged at the duplicity and the gross callousness of both the Johnson and the Nixon Administrations. The older generation, many still remembering WWII and Korea, could not understand why their children did not see the danger in allowing the Communist dominoes to fall in Southeast Asia.

Both of these viewpoints are easily recognizable and arose naturally based on the lived experiences and the education of the relative cohorts. In this way, both groups were deserving of sympathy.

What we have today, however, is a “phony” polarization that has been made up out of whole cloth by cynical and corrupt megalomaniacs and sociopaths seeking to create, manipulate and ultimately leverage the “polarized” groups in order to gain partisan political advantage and personal wealth and power. This phony conflict was created by opportunistic ideologues and cynical professional political operatives in order to try to gain an upper hand in the corrupt and Byzantine Establishment that is today’s Washington DC. Both sides accuse the other of vote rigging.

I know many liberals like to say that conservatives are wacky because they live in an “echo chamber” and get their news from FOX. But in reality, the Democrats and the Liberal elites are now just as isolated, just as crazed, and just as manipulated.

For example, not many people talk about the fact that the vast majority of Democrats now believe that Russia literally STOLE the election for Trump by manipulating the vote tallies: Note that the number of Democrats who actually believe this codswallop went UP during the year immediately following the election. There is a reason for that, and that is because the Democrats and their allies in the “lefty” media like MSNBC, CNN, WaPo, NYT have been deliberately targeting Democrats for manipulation, to channel their anger and frustration into a fairy tale in which the Democrats did NOT lose to Trump and the Republicans, but were rather cheated of their well-deserved victory by a hostile foreign power and its traitorous lackeys in the US. In other words, “we was robbed!”

It is no wonder, then, that so many Democrats — even Bernie Sanders — have to buy into or at least pay lip service to the idea that “Russia attacked us.”

For Democrats, the Russian Investigation Is Less About Patriotism than It is About Politics Meanwhile, we have our active duty military deployed in 120 countries (and probably more) and we are slaughtering thousands across the globe, both overtly and covertly. Our military personnel are getting blown up in places we cannot even name or pronounce, let alone talk about, and meanwhile 50% of Americans live in or near poverty; 63% of American could not afford a $1000 emergency; 700,000 Americans a year go bankrupt because of medical bills and 45,000 Americans a year die because they have no health insurance.

The two “polarized” factions don’t discuss these issues. They do not argue about the best way to provide health insurance or create jobs. They do not fight over whether to withdraw our troops from all the places we can’t even pronounce. They do not question why the fuck we are still in Iraq and Afghanistan, or whether it’s even a good idea to start bombing Iran.

That is a long way from “Flower Power” versus “Better Dead than Red”.