This is Neoliberalism, Part V: the false promise of “Choice”

Posted on Wednesday, 8 January, 2020 by Euroyankee 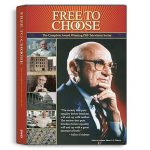 Beware of politicians, pundits and experts who say they support consumer “choice”  — that word does not mean what you think it means.

As progressives we must always — and I mean ALWAYS — be on guard about ANY conservative or centrist argument that uses the word “choice.” These types of attacks 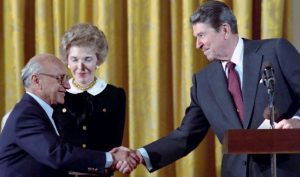 utilize the talking points and the philosophical underpinnings of neoliberalism as set forth in Milton Friedman‘s seminal book, Free to Choose, which sought to portray neoliberal capitalism as the perfect system because it offered “choice” to the Consumer. Friedman was Reagan’s favorite economist and his neoliberal principles informed and guided many of the anti-government, pro-market policies that defined “Reaganomics”.

Free to Choose was a PBS TV series that was simultaneously published as a book in January, 1980. The concurrent airing of the TV series ensured that the book quickly became a bestseller – just as the 1980 Presidential Election was starting to heat up.

Although Reagan lost the Iowa caucuses in January, by the time the New Hampshire GOP Primary rolled around on February 26, 1980, Free to Choose had shot up to number 3 on the New York Times Bestseller List. Reagan came from behind to win that Primary with 50% of the vote. 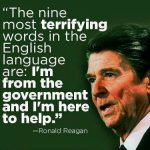 The Free to Choose book and the TV series were both aimed at bringing the principles of free-market capitalism to the broader public. Primary among these was the premise that only Capitalism could bring freedom to human society. Through the book and the media, these neoliberal ideals were encapsulated into bite sized themes and slogans such as “consumer choice”. The idea that “choice” is not only the most important aspect of economic freedom, but that choice itself can only be delivered through free-market capitalism, is a central tenet of neoliberalism. 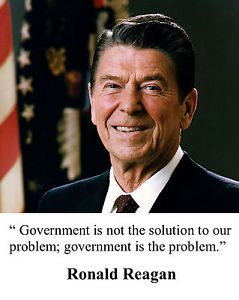 Reagan’s anti-government mantra was, in short, popularized by Friedman’s work, and as more and more Americans became familiar with the ideas of Friedman and his Chicago School colleagues, the more Reagan’s ideas of privatization and “getting government off the backs of the American people” seemed to make sense.

Needless to say, Reagan won the 1980 Republican Primary and went on to win the general election in a landslide.

Why the “Choice” narrative is so popular

Milton Friedman and his cohorts preaching neoliberalism became very popular, very wealthy and very powerful people very quickly thanks to massive financial backing. The immediate and widespread promulgation of Free to Choose shows that. This is because there was a groundswell of support among the wealthy and powerful in America for their neoliberal ideas and a credo which maintained that “greed is good” and that it was somehow perfectly natural and indeed moral for some to have so much while so many had so little.

The concept of Choice reinforces the neoliberal idea of meritocracy – that the fabulously wealthy and powerful acquired their wealth and power by dint of their own virtue and by “making the right choices.” If someone was poor, unemployed, or sick that was because they had “made the wrong choices.”

Neoliberalism offered rich people a salve for their souls. Poverty, depravity and despair were not their concern; they truly were not their brother’s keeper – the natural order of things told them so. No longer could they be considered sociopaths or psychopaths because they felt no empathy. They were just playing their part in the grand scheme of things, and if others did not succeed as they did, then it was simply their own “choice” not to do so.

And so, fueled by the most powerful interests in America yearning to justify their own wealth and station, Reaganomics achieved an almost mystical hold over the American Right. They convinced themselves that rapacious capitalism was righteous and so they themselves were the righteous ones, and anyone who might feel sympathy for the working classes and the poor were to be dismissed as “bleeding heart liberals” (a phrase that was popularized by Reagan himself).

For the non-wealthy Friedman adherents, the blue collar workers who became known as “Reagan Democrats”, the idea of Choice became empowering, a way to take hold of their own lives and, in similar fashion to their wealthier cohorts, eschew any sense of solidarity or even sympathy with those less fortunate. It gave them permission to condemn government programs designed to help those who “chose” to be poor, who were “lazy” and “undeserving”. It was this general disdain that gave power and heft to Reagan’s apocryphal depiction of “Welfare Queens” who drove Cadillacs and dined on steak. These blue collar neoliberals were not rich, but they felt just as entitled to what they had, and were angered that others might get something for nothing. This persists even today, where FOX News and the right wing press regularly run segments about how many “poor” people have such “luxury” items as cell phones, microwaves and air conditioning.

Nature taught us to work together, but neoliberalism teaches us to compete with each other. And so mass sociopathy and alienation set in among the working classes of the country. All fueled by the false concept of Choice as a means of separating us from our fellow citizens. Friedman’s idea of the Freedom to Choose meant we all became little consumer-bots, busy trying to maximize our own unique place in the world at the expense of others.

Reagan’s promulgation of Friedman’s economics, despite being derided by George H.W. Bush as “voodoo economics”, led to supply-side principles becoming general orthodoxy, and the philosophy of small government became so ubiquitous that Bill Clinton, a supposed Democrat, also embraced Reaganomics and devoted his entire Presidency to fulfilling Reagan’s wish list of ending Welfare, ratifying NAFTA, deregulating Wall Street and other industries, and passing a crime bill that would put black and brown people in prison at unprecedented rates. 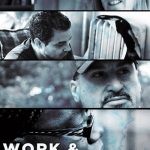 “Work and Happiness, the Human Cost of Welfare” is still available through PBS.

Clinton’s wholehearted support for the neoliberal dogma of “consumer choice” was buttressed by a cottage industry of economists and cultural evangelists who founded the Free to Choose Network, a right wing conservative media publisher dedicated to broadcasting neoliberal propaganda through the PBS network and other national platforms. This group arranged a much celebrated re-airing of Free to Choose in 1990, ensuring that Friedman’s neoliberal dogma continued to inform the Clinton Administration and the Washington power elite.

“Choice” in the Health Care Debate

It has now been widely covered that the Affordable Care Act a.k.a. Obamacare, was developed in concert with the for- 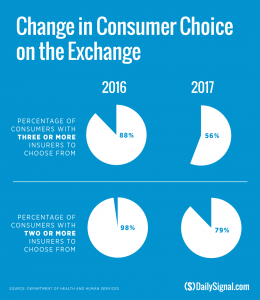 While “consumer choice” was a major selling point of the ACA, choice is now also being used as an argument to attack Medicare For All. Knowing that they cannot attack M4A in terms of cost-effectiveness, customer satisfaction or any other tangible metric, opponents of Medicare For All have resorted to using the neoliberal argument of “consumer CHOICE”.

Wendell Potter is a former head of corporate communications for Cigna, who left the insurance industry to blow the whistle on just how much that industry is lying to us.He knows they are lying, because as an insurance industry PR flack he created the lie in the first place.

When I worked in the insurance industry, we were instructed to talk about “choice,” based on focus groups and people like Frank Luntz (who wrote the book on how the GOP should communicate with Americans). I used it all the time as an industry flack.

As a health insurance PR guy, we knew one of the huge “vulnerabilities” of the current system was LACK of choice. In the current system, you can’t pick your own doc, specialist, or hospital without huge “out of network” bills. So we set out to muddy the issue of “choice.”

Ronald Reagan has been praised as a “transformational” President by Republicans and many centrist Democrats (including Barack Obama).  Reagan’s neoliberalism, however, is exactly what Bernie’s Political Revolution is seeking to overthrow.  Bernie will himself be transformational but in the other direction, i.e., in favor of people not profits.

For more on this topic, please read: To My GOP Friends: I remember 1980, Do You?

Please also check out the other articles in this series:

This is Neoliberalism, Part II: How We Build Empire

3 Responses to This is Neoliberalism, Part V: the false promise of “Choice”